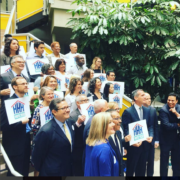 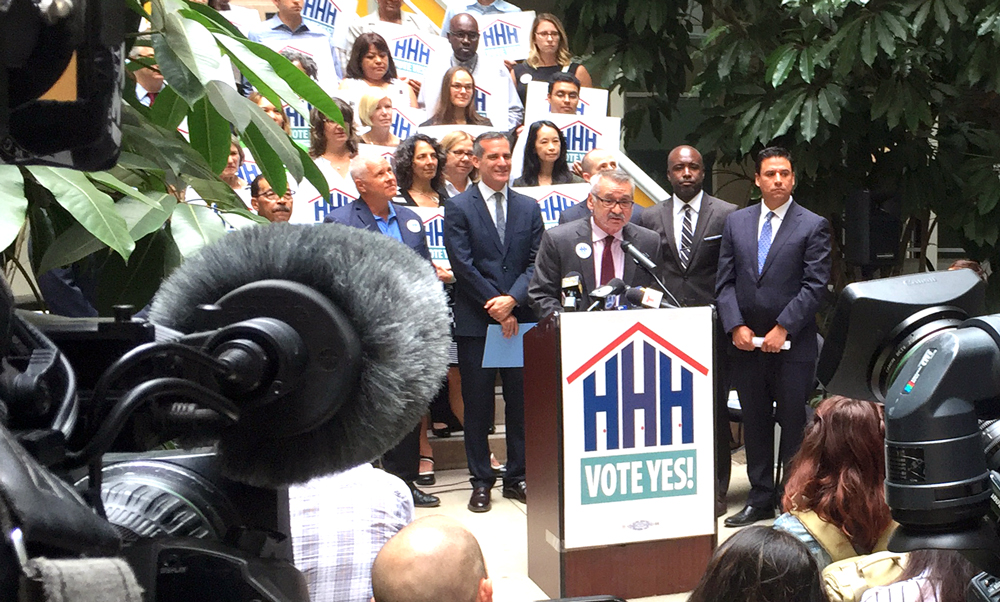 Yesterday morning, I had the great privilege of hosting a broad coalition of elected officials, civic leaders, philanthropic partners, nonprofit service providers, and homeless advocates at Skid Row Housing Trust’s New Genesis Apartments, which gathered to urge Angelenos to vote yes on Proposition HHH on the November 2016 ballot. The proposition – “Housing and Hope to End Homelessness”- would allow the city to finance 10,000 units of permanent supportive housing over the next 10 years. It would triple the rate at which Los Angeles currently builds safe, stable, and affordable housing that is desperately needed by thousands of individuals who are currently homeless.

Permanent supportive housing in Los Angeles has a 90% success rate at ending homelessness, and is 43% cheaper than leaving people on the street where they are dependent on emergency services and temporary shelters for care. Not just an apartment, permanent supportive housing offers voluntary on-site health, mental health, recovery and case management services so that formerly homeless individuals can stabilize their lives on their own terms. Unfortunately, there is not enough housing to help all of those in need, and the waitlist is long. Visit yesonhhh.com to learn how Proposition HHH would dramatically accelerate the work that is being done, bringing this proven solution to scale.

Proposition HHH is a common-sense approach based on evidence and years of hands-on experience: Homes end homelessness. It would bring tens of thousands of our neighbors – men, women, children and veterans – home. We were honored to host the launch of this important campaign, which was covered by the LA Times, KCRW, MyNewsLA, ABC, CBS and many more. Join this historic effort to end homelessness in our City by spreading word and voting yes for Proposition HHH this November. 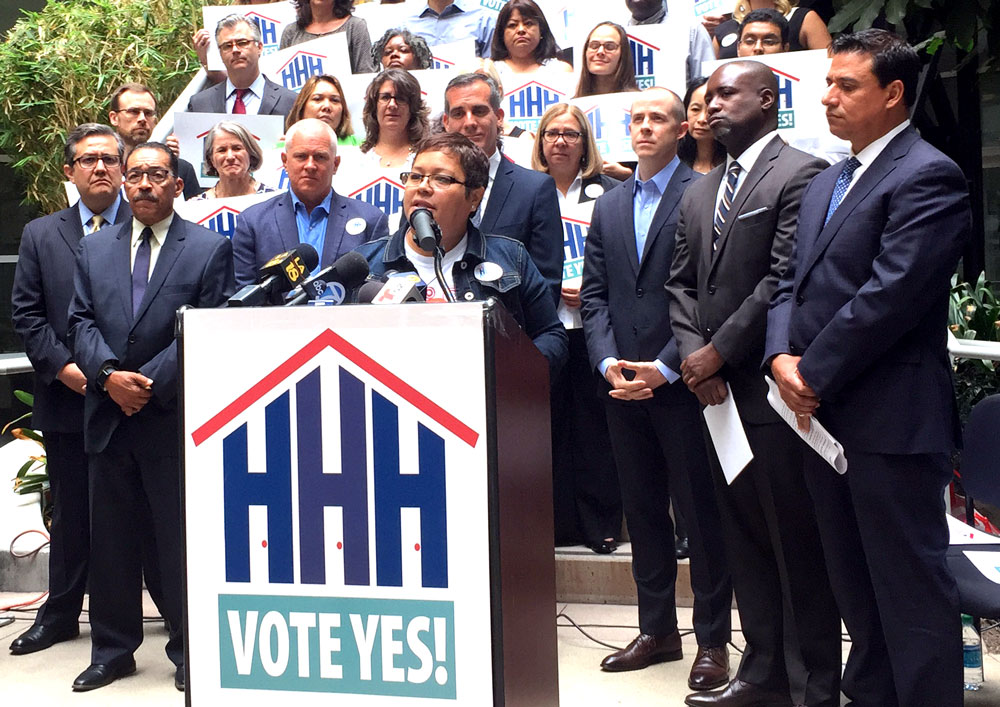 Want to join the discussion?
Feel free to contribute!

Piece by Piece Gala and Exhibition
Scroll to top